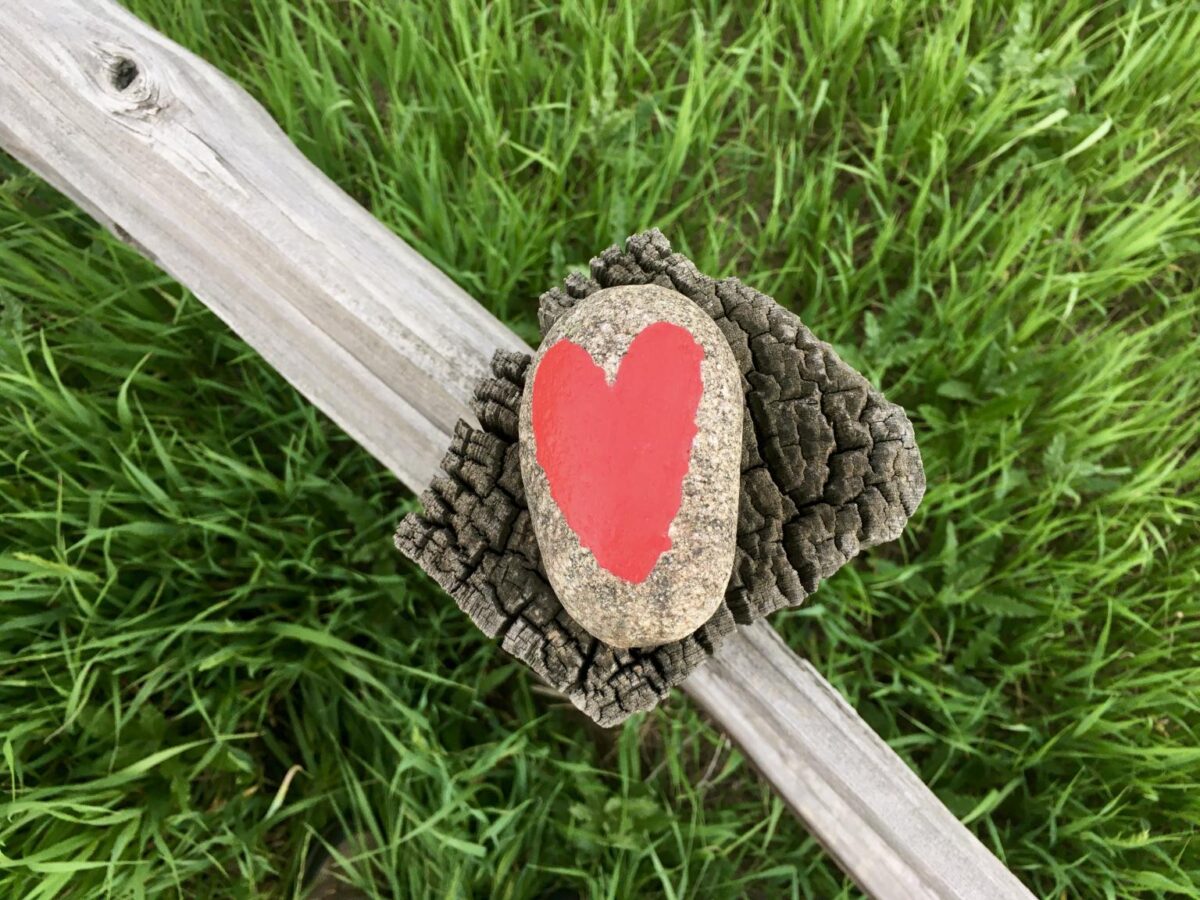 If you need proof that love and creativity equate to resilience, meet Shelbie Rassler.

Rassler is the 22-year-old up-and-coming classical composer who produced, arranged, and edited this viral video based on the original music of Burt Bacharach and Hal David for Virtual Orchestra (1965), “What the World Needs Now.” As of today, over 2 million people have viewed it and fallen in love with it.

After watching it, I teared up. I felt an immense amount of gratitude for what Rassler had created. I contacted her to learn more about what motivated her to spend over 100 hours creating the video with her peers at the Boston Conservatory at Berklee and the Berklee College of Music. Although I read what she had written on her YouTube channel, I wanted to go behind the veil. Here’s what she said:

“Just a little something to brighten your day. What started as an idea on my flight home from college ended in a collaboration with some of the most incredible people. I couldn’t be more grateful. Please share to help us promote positivity and optimism while we need it most.”

Learning what inspires and motivates others to be creative, particularly in times of crisis, can help all of us become more resilient. What was behind Rassler’s statement? Was it really a happy-go-lucky attitude or was there something more?

For Rassler, a senior composition major at the Boston Conservatory at Berklee, the moment that she learned that her college education had come to an abrupt end, she said, “I truly had never felt…what I felt in that moment, and it was complete devastation. It was the realization of, wow, it’s really over and there is nothing I can do about it.”

Rassler’s story is our collective story. Most of us can empathize with the abrupt changes that have taken place over the last few weeks and months. It’s the story of humanity and inhumanity; the role of love in a moment of anxiety, anguish, and uncertainty. 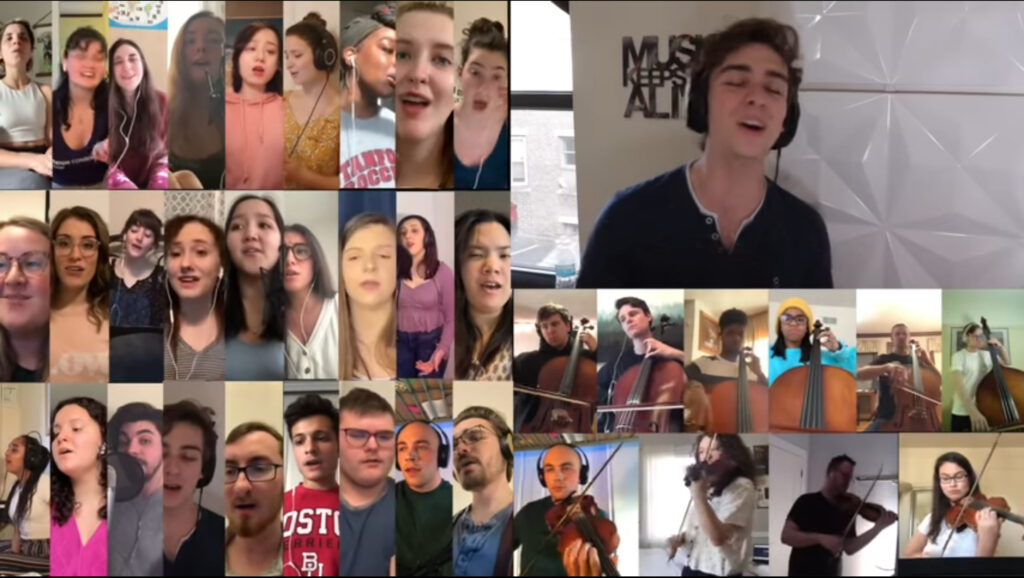 For Rassler, the friendships, connections and the right of passage that comes with graduation—”it was over”—she was now alone on a plane thinking, “I’ve been working toward graduation, my senior recital…I have been working for four years, actually 22 years, for these moments in life that we can never get back. I’m leaving Boston and I don’t know when I’m coming back, and I don’t know if I’m coming back.”

So many of us can relate to the uncertainty that she expressed. Few of us know if, or when, we’ll be able to get back to our lives, get back to work, back to “normal.” Maybe we shouldn’t? We don’t know, not yet. What Rassler teaches us is that what we create from this moment forward is up to us.

Since the novel coronavirus began spreading in late 2019, suffering and death have increased at an extremely rapid rate as people confront, or succumb to the disease it causes, COVID-19.

As I write, the total number of confirmed cases is nearing 1.2 million worldwide, over 61,000 people have died, and over 4 billion people are following stay-at-home orders. Unfortunately, this is only the beginning.

The challenge is compounded by a deepening recession, increased unemployment, and a lack of access to affordable healthcare in the United States, an abomination for the world’s wealthiest nation. These challenges will leave few unscathed. We need love and each other more than ever.

In the face of this daunting reality, while Rassler was sitting on the plane home she “took a moment and was like, okay, there may be something I can do about it. It was exactly that moment that the gravity and the weight of all of this hit me…this is horrible, this is terrible. I just wanted to figure out how I could do something with my friends that are all over the world.”

Rassler chose to draw upon her training as an accomplished artist. Not only is she a classical composer, she’s also a skilled drummer, saxophonist, pianist, and more. She has produced a score for a Lexus commercial and a PBS documentary. She also serves as Music Director at Lovewell Institute for the Creative Arts.

By redirecting her anguish through creativity, Rassler shows that we can overcome the feelings of anxiety, devastation, and despair that are now more present due to coronavirus and our uncertain economic reality. For Rassler, creativity equals resilience: “I’ve learned how to problem solve with creativity my whole life and that’s what I do. And I’m really proud of that mindset that all of my friends share and have taught me.”

As she sat on the plane bouncing between devastation and hope, “I thought, no – this is not the end, we need to do something. I remembered the Broadway for Orlando version (2016) of “What the World Needs Now.” I was in Orlando during the Pulse nightclub massacre…I remember watching the video and after four minutes I thought everything would be ok. The message in the song by Burt Bacharach and Hal David, well, they knew what they were doing. I decided I’m just going to go with it.”

The challenge for Rassler was to figure out how to orchestrate the piece without the convenience of a studio to record it with her peers. And, she had no clue if anyone would even participate. This is what set Rassler’s and Santiago’s production apart from the Broadway for Orlando version. She would have to curate it online and create a virtual crowd-sourced production. She posted the following on her Facebook page.

“I was thinking it might be fun to do a virtual version of this (“What the World Needs Now”). So, if you’re interested, comment below with your email and I will send you some material in the next few days (a track and some sheet music) – your job is to just take a video of yourself singing (literally pick any part/the whole song/just 10 seconds/riff to the gods/up to you!!), playing your instrument along to the track, choreograph a dance to the music, anything your heart desires, and I’ll cut everything up, create an arrangement from what y’all send me, and share it with you all because WHAT THE WORLD NEEDS NOW IS LOVE!” 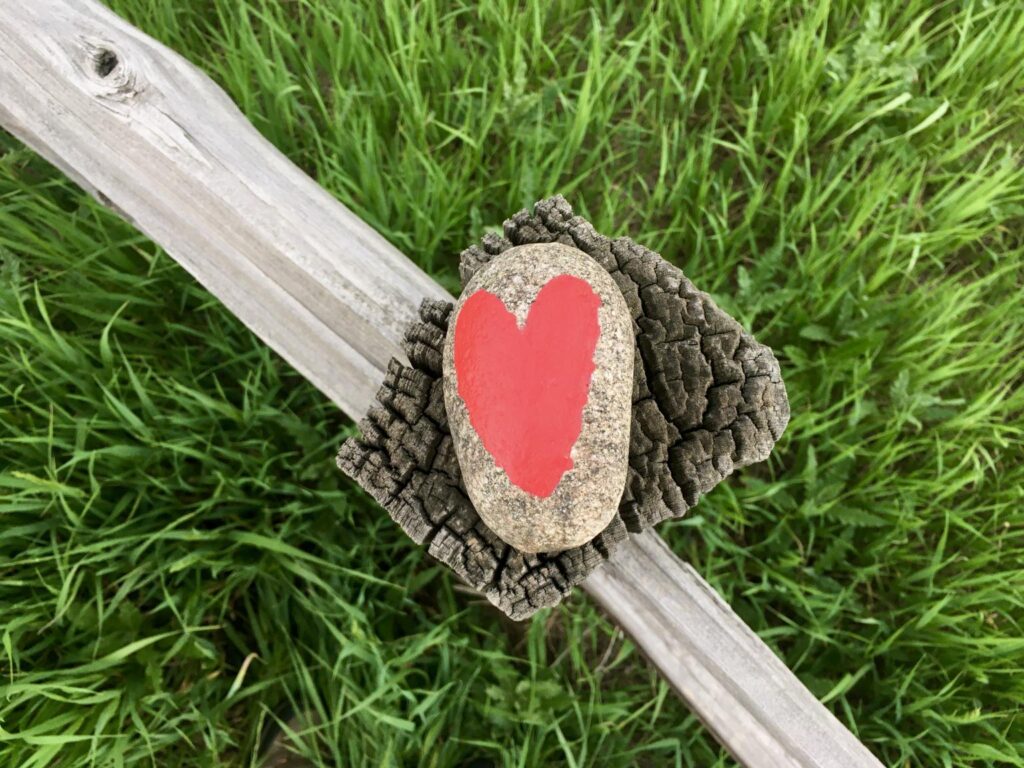 Rassler received over 75 videos from her peers and then pieced them into a coherent whole with Dan Santiago serving as her Mix Engineer. Check it out. Once finished, she published it on YouTube and over one and a half million views and a half dozen interviews later, she’s eager to continue channeling her creative energy through music.

“I am positive that eventually, the world is going to reopen to some extent, it will at some point. Just focusing on the end goal, staying positive, is something that I’ve learned a lot from my family and from my education. I feel like that’s the main thing pushing me forward and giving me the inspiration to create projects like this.”

We can all learn from Rassler and artists like her. She was able to channel loss, sadness, anxiety, and devastation into something beautiful by using her life-long creative training. And, her training doesn’t stop here. She was just informed that she will be studying with Mr. John Corigliano at The Juilliard School in the Master of Music in Composition program.

If anyone reading this is feeling down, anxious, or overwhelmed, I encourage them to think of any creative idea that they’ve wanted to pursue and do it. Do it now. Creativity can heal, and when we collectively create together, we can heal the world, especially when it’s rooted in love.

With enough practice, Rassler teaches us that we can gracefully move from the destructive, negative overwhelm of any situation (COVID-19) toward a more hopeful, expansive, and loving future. She teaches us that when we move beyond ourselves in a moment of despair and connect with others we can heal together.

Thanks to Rassler, we now have the leitmotif for this moment in history—love—and it’s exactly what the world needs now.

What the World Needs Now