I have an atheist friend.

He doesn’t commit to any religious belief system or institution, yet he considers himself to be spiritual. However, he has yet to find a way to sufficiently explain how he can be both an atheist and a spiritual person. He asked me these two questions, hoping I might help:

1. How does an atheist reconcile “spirituality” with a stark, reason-based philosophy?

2. Is it possible to be spiritual without being religious, or believing in deities?

Spirituality, as opposed to religion, is rooted in the notion that there is an immaterial reality—energy, for example—which is experienced as a result of our own existence, or being. Spirituality is not a belief in physical beings, like gods or goddesses, but a state of being in connection with something larger than oneself both immanently and transcendentally.

A spiritual life doesn’t require deities nor does it require adhering to a specific religious belief system. It’s possible for an atheist to view god as a non-deity, especially if god is conceived of as energy, and energy as spirit.

Atheists do not reject the notion that there is an immaterial reality (like energy), but they do reject belief in physical beings with supernatural powers. Atheists, like scientists reject religious dogma, superstition, and the pseudo-sciences practiced in more than 4,000 religious traditions worldwide—including Judaism, Christianity, and Islam. All three of these religions’ adherents believe in and worship the God of Abraham, holding in common a belief in god as deity. For them, the God of Abraham is personal and anthropomorphic—a god that possesses human traits, emotions, and intentions. Their god is also a masculine god, entrenching their view in patriarchy. They view God as a noun.

However, these religions’ adherents also believe that god is a transcendent deity who exists outside of and apart from humanity, rather than being fully immersed in that which exists: the eternal realm of the spirit, or the field of energy that permeates all of existence.

For an atheist, it’s illogical to view god as a personal, anthropomorphic god who is also a transcendent deity that exists outside and apart from “existence.” However, an atheist can be spiritual—and remain rational at the same time—when god is seen and known as energy.

My friend wouldn’t dispute that existence, or being, consists of both energy and matter. All of existence is energy—even matter, which is simply a form of energy, or an observed expression of energy. Therefore, an atheist could logically understand a spiritual notion of god in these terms, with god conceived as being energy, but not as a being, since a being would imply individuality, or just a part of existence, rather than the whole of it. 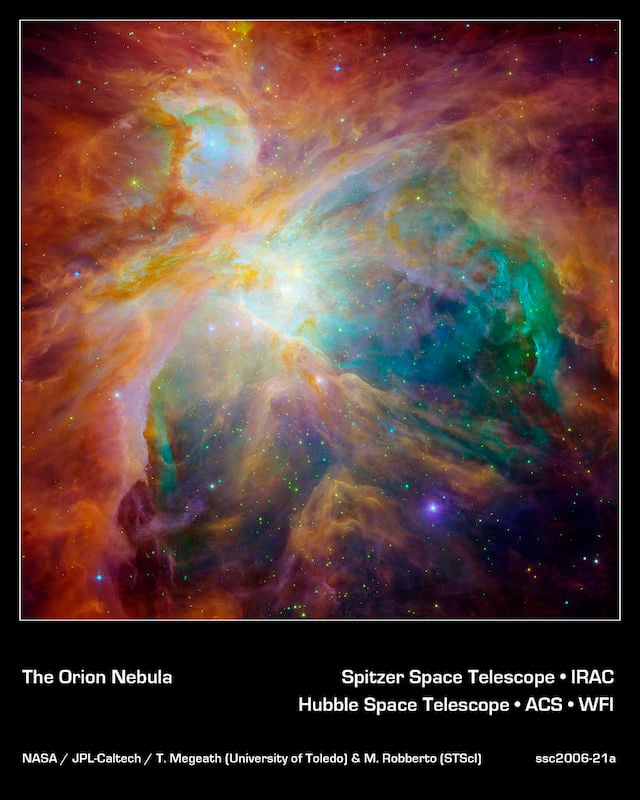 In sum, by understanding spirit as energy, the animating force of the universe, an atheist can reconcile a spiritual life using science and a stark, rationality-based philosophy. The beauty of science is that the driver of any inquiry relies on being open to the magic and profundity of the unknown in order to come up with the questions that one might test using the scientific method—in essence, exploring the unknown in order to better know anything empirically about something is the terrain of science.

Our scientific understanding of energy (or god, for the sake of this argument), has revealed how intimately connected we are to that which is greater than any one of us—the cosmos. In the last century, scientists have discovered that all of existence is energy. Energy itself can neither be created nor destroyed, which is the first law of thermodynamics. Energy can only be transferred or changed from one form to another, but everything always remains energy. Energy is eternal. Transitively, if god is energy, then god too could be eternal.

The discipline of quantum physics has shown us that matter, and the atoms that matter consists of, are actually vortices of energy constantly spinning and vibrating. All matter in the universe, including every single one of us, is energy, radiating a unique energy signature, or spirit-energy. [1]

Most people practicing a spiritual life seek to intimately understand how our own “being” is deeply related to the totality of existence. In other words, we are far more than just our physical form. As more and more people become aware of the interconnected nature of our being, our experience of life becomes both immanent and transcendental—the essence of a spiritual experience.

The experience is immanent because it is directly experienced at the precise moment we become conscious of ourselves as being a part of a larger whole. It is transcendental because the moment our awareness shifts from the self to our interconnectedness, we transcend the solipsistic notion of the self and become conscious of that which is greater than I am.

My atheist friend can be spiritual simply by acknowledging a few scientific findings: everything is energy, and spirit or god are simply the words that we used a priori to science to describe what we already knew intuitively—that everything is one.

[1] Greene, Brian R. (2003). The Elegant Universe: Superstrings, Hidden Dimensions, and the Quest for the Ultimate Theory.