The Parties to the United Nations (U.N.) Convention on Biological Diversity met in Cancun, Mexico, for the most recent round of negotiations December 2 – 17, 2016.

The Biodiversity Treaty seeks to protect and conserve the variety of life on Earth, or what governments, civil society organizations and academics refer to as biological diversity.

While in Cancun during the 13th Convention of the Parties (COP13), it was clear to me that the most recent round of negotiations were relatively subdued in comparison to previous treaty negotiations, but the stakes could not be higher. 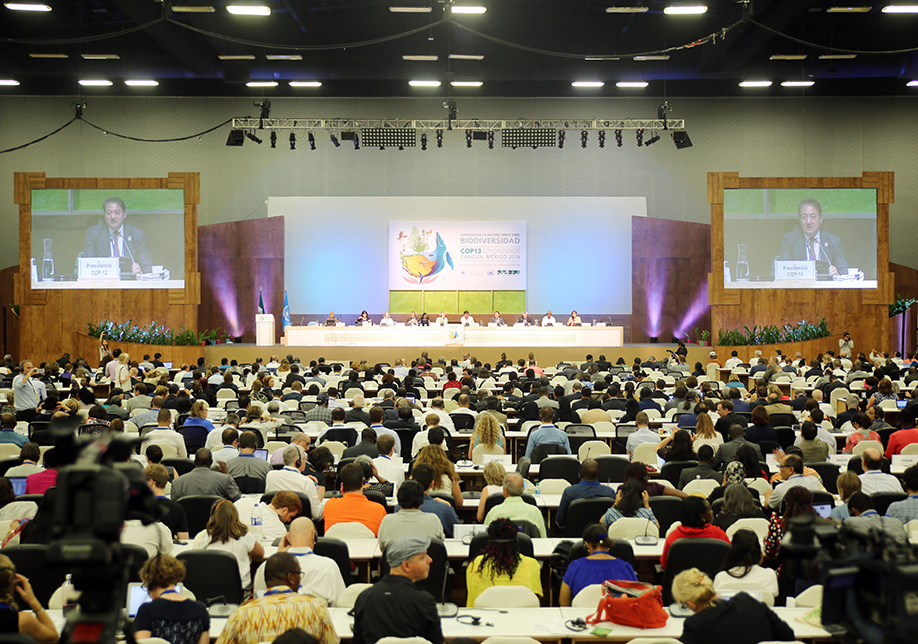 The treaty’s signatories include 191 nations that are parties to this Convention that came into being during the 1992 Rio Earth Summit in Brazil for the: “Conservation of biological diversity, the sustainable use of its components and the fair and equitable sharing of the benefits arising out of the utilization of genetic resources.”

Unfortunately, the United States is not a Party to the Treaty, along with Andorra, Iraq and Somalia. However, the U.S. has managed to meet the Treaty’s objectives. Despite this fact, each of us can take actions to support its goals.

Earth’s biological diversity faces an onslaught of threats and some species will go extinct, but there’s plenty that we can do to ensure the survival of life on Earth.

First, you can support and promote the U.N.

The U.N. is an important organization that is often misunderstood. For example, Donald Trump, tweeted:

“the United Nations…is just a club for people to get together, talk and have a good time. So sad!”

Like a lot of things that Trump says, this is a lie that all of us have a responsibility to publicly state. The U.N. performs a vital role for society and the environment.

The U.N. remains the only global governance structure on Earth where all nations are represented in democratic decision-making processes that affect every nation. As a result, the U.N. has a lot of responsibilities, like the Biodiversity Treaty. By supporting the U.N. and its treaties, you can help to ensure that these legal frameworks maintain public support.

The threats we face are compounded in our new geologic epoch, the Anthropocene, which has led us to the Sixth Mass Extinction. This mass extinction event, now underway after 4.5 billion years of Earth’s evolution, is the first mass extinction due to human activities, like climate change.

Human-induced climate change, which 98 percent of the scientific community agrees is occurring, and Trump believes is a Chinese hoax, remains one of the biggest threats to biodiversity. Climate change will speed up the rate of extinction and ecosystem change worldwide. As such, the public’s actions and support for the Biodiversity Treaty are increasingly important.

Third, encourage your U.S. Congressional representatives to sign, and then ratify the Treaty so that the U.S becomes a signatory.

By doing so, we can demonstrate America’s commitment to life on Earth, while strengthening the legitimacy of U.S. leadership.

Fourth, become the local expert on the Biodiversity Treaty.

Start by contributing your knowledge to support the efforts of local and state governments, organizations and businesses. You don’t need to wait for someone to give you the job. It’s yours. Watch videos, read articles and books and then share your knowledge.

To this day, the Biodiversity Treaty remains the only international legal framework in existence that addresses the twin threats of species extinction and habitat loss. And, it is the only agreement on Earth dedicated to the conservation and sustainable use of biodiversity that’s worth sharing.

Fifth, support the Treaty’s objectives guided by the Aichi Biodiversity Targets agreed in Nagoya, Japan in 2010.

The Aichi Targets provide the overarching framework for the parties’ current efforts, with the goal of achieving them by 2020.

Encourage your company, civil society organization or government representatives to continue taking actions that support the Aichi Targets, like buying Forest Stewardship Council-Certified paper products for the workplace, thereby reducing deforestation and maintaining the forest’s capacity to sequester carbon dioxide, while promoting the recycling of paper.

Given the immensity of the threats that humans pose to Earth’s plants and animals, your daily choices can make an impact. The most powerful vote that you have in America is the power of the purse. Remember, you’re voting every time you buy something. So, vote wisely.

Consider where the things that you consume originate and their impact on society and the environment. If there’s a negative impact, seek a more positive choice. For example, check out the Marine Stewardship Council’s Seafood Watch, which helps people make sustainable choices before consuming seafood.

Seventh, pay attention to the outcomes of Treaty negotiations and then lead rather than wait for action to occur.

In Mexico, I was encouraged to learn that the parties finally agreed to mainstream biodiversity concerns into key economic sectors, including agriculture, forestry, fisheries, and tourism, while agreeing to speed up implementation of the Aichi Targets and integrate strategies to mitigate climate change.

Given the huge challenge of climate change, the parties agreed that all of these efforts ought to align with the Paris Climate Treaty, agreed in 2015 during the U.N. Convention on Climate Change in France. Make efforts to ensure that your local government, or the organization that you are working for, are doing the same.

Healthy ecosystems and biodiversity have an important role to help us mitigate, adapt or implement disaster risk reduction efforts that are a consequence of human-induced climate change. Find out which organizations in your community are taking action and help them.

The Biodiversity Treaty and the U.N. perform a vital role to ensure human security and survival, but so do you. Trump may not back the U.N. or the Biodiversity Treaty, but you can. Start by taking these simple actions in your life and don’t wait for government or corporations to address the challenges that we confront, take responsibility in your own life and act now. By doing so, you can heal the world, and the future of biodiversity of life on Earth.